Skip to content
We need student debt relief. If the airline industry, banks, automobile companies, and wall street can get billions in relief, why can’t students?


Senators in Congress don’t want to talk about student loan debt relief and President Joe Biden said he is leaning toward only forgiving up to $10,000 per borrower in student loans.

Currently, at least 45 million Americans are grappling with student loan debt. After a student graduates from college, with the optimism of taking their first real step into the life of adulthood, they are forced to consider their financial standing, scurry into landing an employment opportunity, along with considering how they will begin paying off their student loans. According to an article published by Forbes, student loan debt in 2022 is now more than $1.7 trillion and has become the second-largest consumer debt category- second only to mortgage debt and higher than debt for both credit cards and auto loans.

To state it plainly, students are deeper in debt today than ever before. The cost of higher education continues to plague families, and the trend of heavy debt burdens threatens to limit access to higher education, particularly for low-income and first-generation students, who tend to carry the heaviest debt burden. Many students who want to attend the school of their dreams after graduating high school, but have not been offered a full-ride scholarship and come from a low-income background, have to weigh their financial options; and more often than not have to settle for something more affordable for their families income. With the staggering numbers in student loan debt, let’s also consider the fact that African Americans are bearing the brunt of this financial burden. As stated in article published by The Michigan Chronicle, according to Education Data, African American students graduate owing $25,000 more in student loan debt than their counterparts, yet 54 percent of all student loan debts are held by Caucasian students. 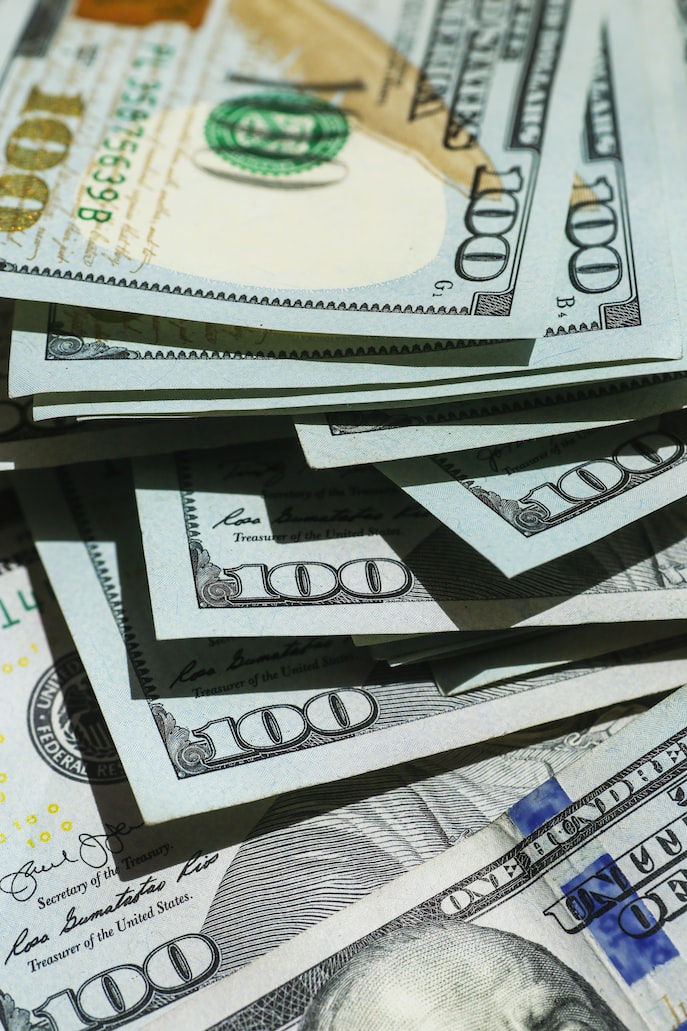 Student loan debt is not just an economic issue, it is a race equity issue; and cancelling student debt would be a pivotal step in closing the racial wealth gap and securing financial stability and economic mobility for Black and Brown borrowers.

We need politicians that are acting in our best interests! We need a government that will look out for us-students- the same way they look out for the banks and hedge funders, Wall Street, and the auto and airline industry. How is it fair that banks, after their risky lending practices, can get funding relief in the billions, but President Biden is only willing to forgive up to $10,000 in student loans?

Back in 2008, during the Great Recession, the federal government was willing to bail out banks after their risky lending practices that devastated the economy. On October 3, 2008, former President George W. Bush signed the  $700 billion Emergency Economic Stabilization Act (EESA) of 2008 after Treasury Secretary Henry Paulson asked Congress to approve a bailout to buy mortgage-backed securities that were in danger of defaulting. And by doing so, Paulson wanted to take these debts off the books of the banks, hedge funds and pension funds that held them, with the goal of renewing confidence in the functioning of the global banking system.

Historically, there have been nine major U.S. Government Financial Bailouts:

Fannie Mae and Freddie Mac were created by Congress. They perform an important role in the nation’s housing finance system – to provide liquidity, stability and affordability to the mortgage market. They provide liquidity (ready access to funds on reasonable terms) to the thousands of banks, savings and loans, and mortgage companies that make loans to finance housing. Fannie Mae and Freddie Mac buy mortgages from lenders and either hold these mortgages in their portfolios or package the loans into mortgage-backed securities (MBS) that may be sold.

8. American International Group (AIG) turned to the federal government (Uncle Sam) in the wake of the secondary mortgage crisis

In recent history, due to the impact of the COVID-19 pandemic, the airline industry was granted tens of billions of dollars in relief to protect the jobs of 750,000 airline professionals. But there have been questions on whether the airlines have held up their end of the bargain with taxpayers. According to an article published by the Washington Post, “On March 27, 2020, Congress agreed to provide $25 billion in financial assistance to airlines to preserve aviation jobs and compensate air carrier industry workers’ as part of the Coronavirus Aid, Relief, and Economic Security Act, known as the Cares Act.”

The airline industry’s core reasoning in needing federal grants came down to saving jobs, but when that relief came, the airline workforce shrank by about 42,000 full-time workers and 14,000 part-time workers and flight cancellations became more prevalent. As noted in the same Washington Post article, back in 2021, “American Airlines canceled more than 900 flights in early July to better match its schedule with staffing levels. In August, Spirit Airlines canceled thousands of flights in an episode that cost the company $50 million. In October, thousands of Southwest Airlines passengers were left stranded for days as the carrier scrambled to recover, later admitting that it was short-staffed.”

The only reasonable question to be asked by both taxpayers and Congress is what did the airlines do with all that money? Especially since the bailout money was specifically designed so that airlines would not have work shortages.

My goal in laying out all of this was to show the glaring disparity between financial bailouts when it comes the banks, Wall Street, the airline and automobile industries, and student debt relief. Why should students bear a pernicious financial burden just because they decided to pursue their academic dreams?

The president should use his executive authority to act unilaterally on eradicating student debt. Even though some experts have argued that Biden does not have the authority to simply cancel all student loan debt with a stroke of a pen, the Higher Education Act, which Congress passed in 1965, grants the Secretary of Education to “enforce, pay, compromise, waive, or release any right, title, claim, lien, or demand, however acquired, including any equity or any right of redemption.” With this “compromise and settlement” authority, the Secretary of Education has the ability to simply not collect on the nation’s federal student loan debts.

The thought of student loan debt will be on the minds of voters come November, so I hope President Biden has a change of heart before then.